This program will transport a traditional creative writing fiction workshop and seminar examining the literature of Italy to the setting of Tuscany. Students will become better acquainted with the internal workings of storytelling and the vast array of tools available to them as a writer of fiction. You will look closely at language, sentences, narrative voice, point of view, character, detail and structure in the workshop course, and will pay particular attention to the role of setting, through a series of place-based writing exercises, inspired by the sights of Siena as well. You will also have the opportunity to explore how new surroundings can lead to fresh insights into one’s creative work.

With readings ranging across time from Ovid’s Metamorphoses to Hisham Matar’s recent memoir about writing (and living) in Italy, our goal is to place ourselves in that long line of artistic seekers, creating new work out of our Italian encounters, while also submitting ourselves to the knowledge and vision of the people who call Italy home.

The program will take place in the beautiful cities of Siena and Florence, with excursions to the Medieval towns of San Gimignano and Montepulciano.  You will be able to visit the Uffizi Gallery and other cultural landmarks, incorporating the art of the Italian masters into your writing.

Note: this $100 discount does not apply to priority deadlines for SIT programs.

Prerequisites: students must have completed one from CRWR 240, CRWR 244, CRWR 245 with a grade of B– or better prior to the program start. Exceptions to the pre-requisites will be considered, particularly for students from other universities.

Students who enroll on this program will take the following courses:

Application process
This program is less than 90 days. Students with a US passport will be traveling to Italy under the Schengen Visa waiver program and do not require a travel visa for this program, and GEO is unable to assist U.S. citizens in obtaining a visa. If you are not a U.S. Citizen: Notify your GEO Advisor. Students who are not U.S. citizens should contact the Italian consulate in their country of residence about visa requirements, no matter the duration of the program of study.
Faculty and Staff

Karen Thompson Walker is a New York Times bestselling author of two novels, The Dreamers, which was a New York Times Editor’s Choice pick and a finalist for the Ken Kesey Award for Fiction, and The Age of Miracles, which was a finalist for the Barnes & Noble Discover Award, an Indies Choice Award, and a Goodreads Choice Award and named one of the best books of the year by Financial Times, Publishers Weekly, People, O., The Oprah Magazine, and Amazon. Her work has been translated into 27 languages, and both of her books are in development for television. Her TED Talk about fear and the imagination has been viewed more than 2 million times. She is an assistant professor of creative writing at the University of Oregon. She lives with her husband and two daughters in Portland, Oregon.

Casey Walker holds a PhD in English Literature from Princeton University and an MFA from the Iowa Writers’ Workshop. He is the author of the novel Last Days in Shanghai and has widely published short fiction, essays, and criticism in The New York Times, El País, The Believer, Boston Review, The Common, and the Los Angeles Review of Books, among others. He was born and raised in a small town on the California-Mexico border, and is currently at work on a novel set in those borderlands. He lives in Portland, Oregon.

You will be housed in double-occupancy rooms in a hotel in ​​the historic center of Siena. Located within the city walls, the hotel is located just a few minutes walk from Piazza del Campo, the heart of the historic city center where you can admire the magnificent Fonte Gaia, the wonderful Palazzo Pubblico and all the historic buildings in the shadow of the Torre del Mangia.

Breakfast and some dinners are included in the program fee. Breakfast will be provided by the hotel, and a few dinners per week will be provided by local restaurants in close proximity to the GEO Siena Center and the hotel. You will be on your own for lunches and the remaining dinners, which are easily bought at local cafes and eateries, or the local grocery store.

During the last few days of the program, you will be housed in a hotel in Florence, with breakfasts provided.

Talk to an advisor
Kim Eitner 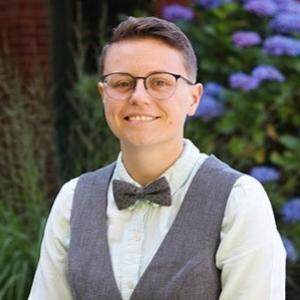 Enroll in 2 courses for 8 UO quarter credits or 6 semester credits.