In this exchange program, you will enroll directly in classes at the Australian National University (ANU) in Canberra, Australia for a semester or a year. This program is open to undergraduate and graduate students from any discipline for a semester or full academic year of study. ANU is Australia's top-ranked university, positioned among the world's leading universities, with seven academic colleges, which are ranked among the strongest in the world.  The program is open to UO undergraduate and graduate students in any discipline. In this program, you can take advantage of exclusive opportunities, like the Australian National Internships Program (ANIP), which helps you deepen your understanding and build networks in organizations like the Australian Institute of Criminology, Conservation Council, and Office of the Chief Scientist of Australia. Near the heart of Canberra, the campus is an easy walk, bike ride, or drive to some of Australia’s most significant political and cultural institutions.

ANU international office organizes social and cultural programs such as local trips are offered at the
start of the semester.  Academic advising services are offered through each Academic College. Exchange students have access to ANU Counselling, disability services, LGBTQ support services.
Overseas Student Health Cover (OSHC) is a requirement. Must cover the entire time that you stay in Australia plus approximately a month before and after.

Canberra is Australia's largest inland city and also her capital. The 374 thousand residents of the city call themselves Canberrans. The city is home to the country's Executive, Judiciary and Legislature arms of government. Canberra is one of the most beautiful, cleanest, secure and hospitable capital cities in the world. Among its attractions include; Australian War Memorial, Museum of Australian Democracy at Old Parliament House, Parliament House, National Gallery of Australia, National Film and Sound Archive, National Capital Exhibition, and The Royal Australian Mint. Whether you are catching a bus, riding a bike or walking, it is simple to get around Canberra, with less traffic than big cities and almost no traffic jams.

** GEO programs are under continuous review during this period of global uncertainty and limited travel. All program details outlined on this page, including program cost, are subject to change if global or location-specific conditions require modifications to program structure.

ANU's academic structure is based on a modular course system, and advanced understanding of content is required. ANU's research intensive focus creates a challenging environment for academically-minded students. There is an optional internship course as well.

ANU is comprised of the following Faculties (also known as Colleges): Arts and Social Sciences; Asia and the Pacific; Economics and Business; Engineering and Computer Science; Law; Medicine, Biology, and Environment; National Institute of the Arts; Physical and Mathematical Sciences Crawford School courses, Honors courses (4000 level), and courses from College of Medicine and Health are not open to exchange students.

Your time at ANU will be divided between organized classes and private study. The teaching system, like those of other Australian universities, is a combination of lectures, tutorials and laboratory classes. The amount of time you spend in classes will vary depending on the specifics of the course. As a fulltime student you should be prepared to put in the equivalent of a full working week, i.e. 40-45 hours of study.

The normal full load at ANU is 24 units each semester. Since most courses have a value of 6 units, usually this means you take 4 classes per semester. Six units at ANU is equivalent to 6 UO quarter credits.

You are encouraged to work closely with your UO academic advisor as you select classes at ANU.

You can see more academic information and study options or search the ANU courses catalog.

ANU has eleven different residences for undergraduate students offering a range of catered (i.e. with a meal plan), self-catered (no meal plan) or apartment-style residences. Housing is guaranteed for all undergraduate exchange students who apply by the deadlines. All housing units have laundry facilities, outdoor spaces and study rooms, and are within easy walking distance to shops, cafes, restaurants, sporting facilities, nightlife and public transport.

The student residences offer comprehensive academic, social and pastoral support programs that help you make the most of your time at ANU. See more information about ANU housing options.

You should apply to housing as soon as you complete the ANU application after being nominated by GEO.

You must meet any specific requirements of the courses (majors) you apply for, including those below:

Applying for an exchange program involves 2 steps. First, you will complete the GEO application process and interview. Selection for this program is based on a review of your online written application, transcripts, recommendations, and completion of the interview process. After your initial application is complete, GEO will review it and select successful candidates for nomination to ANU. Nominations are made in March for the fall semester and in September for the spring semester of the following year.

Next, you will need to complete a secondary application for the host university. After being nominated by GEO, students will receive instructions regarding the secondary exchange application for ANU. This typically includes an application form for ANU, and providing documents such as your transcript, copy of passport, study plan, and a statement of purpose outlining your study plan at ANU.

ANU makes the final decision regarding acceptance into the program. The acceptance letter will also include information about registering for classes.

Talk to an advisor
Remote Advising 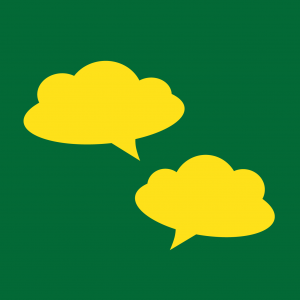